I have been working on this project in pieces for what seems like a really long time but I guess it has just been gradually over the last month or so. Hey, I'm a busy woman, lots of crafting and painting has been going on here in my house. Also, I am so excited as I write this post, have you heard about ArtPrize? Well, it has received tons of press over the last two weeks including two bits on the Today Show. It takes place right here in my home town, Grand Rapids, MI! And I have been competing in it with my encaustic wax painting Spring (Renewed) click here for more about it. I was even interviewed for radio about my painting on the opening day of the competition. As I sit here right now I am watching the awards being announced. I am a realist and know that I never stood a chance to win but it is such an honor to be a part of it.
Ok, enough of that, onto the real post! 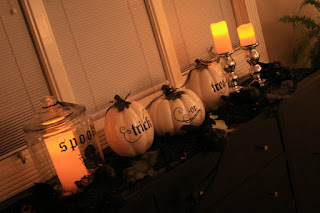 Here is the buffet decor that I have been working on for the last month. You have seen some of the items before in previous posts but here is the finished product at night. Love the new LED candles that I purchased the other day, they even have a times that comes on the same time each evening. With a two year old in the house I had to give up "real" candles, but these are going to work for me for now. 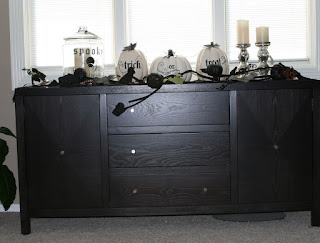 Here is the overall look. During the day of course. 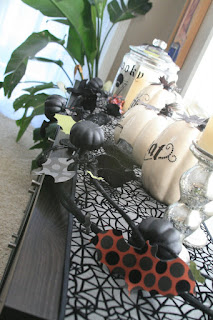 Here is a close up shot of one of the bats on my garland. I used Stampin' Up!'s My Digital Studio program to enlarge the bitty bat "punch". Then I printed and cut it out to make a stencil, traced onto designer series paper, and cut out. 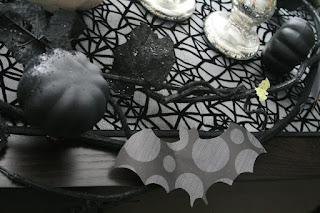 I then attached the bats to the vine by using hot glue. Can you spot the small green bat? That is the size of the Bitty Bat Punch. I also punched out several bats using this punch and attached to the vine. 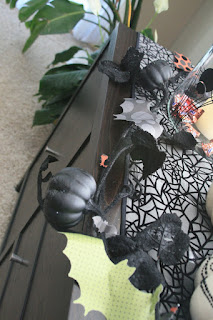 Here is the overall view of the garland that I made. Love the big bats! I'm thinking about making some more and hanging them. How fun would that be! 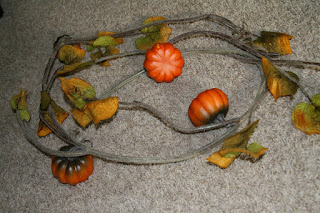 Here is what the garland looked like originally, when I purchased it from a craft store chain. I did like the look of it but really needed something that fit in my scheme better. So I spray painted it black, added black glitter, and bats, then called it a day! 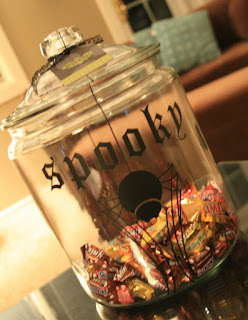 Remember, my Spooky Candy Jar? Check it out here! Plus, you'll see the great card and luminary that I made. 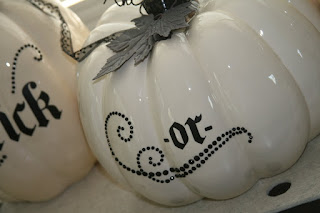 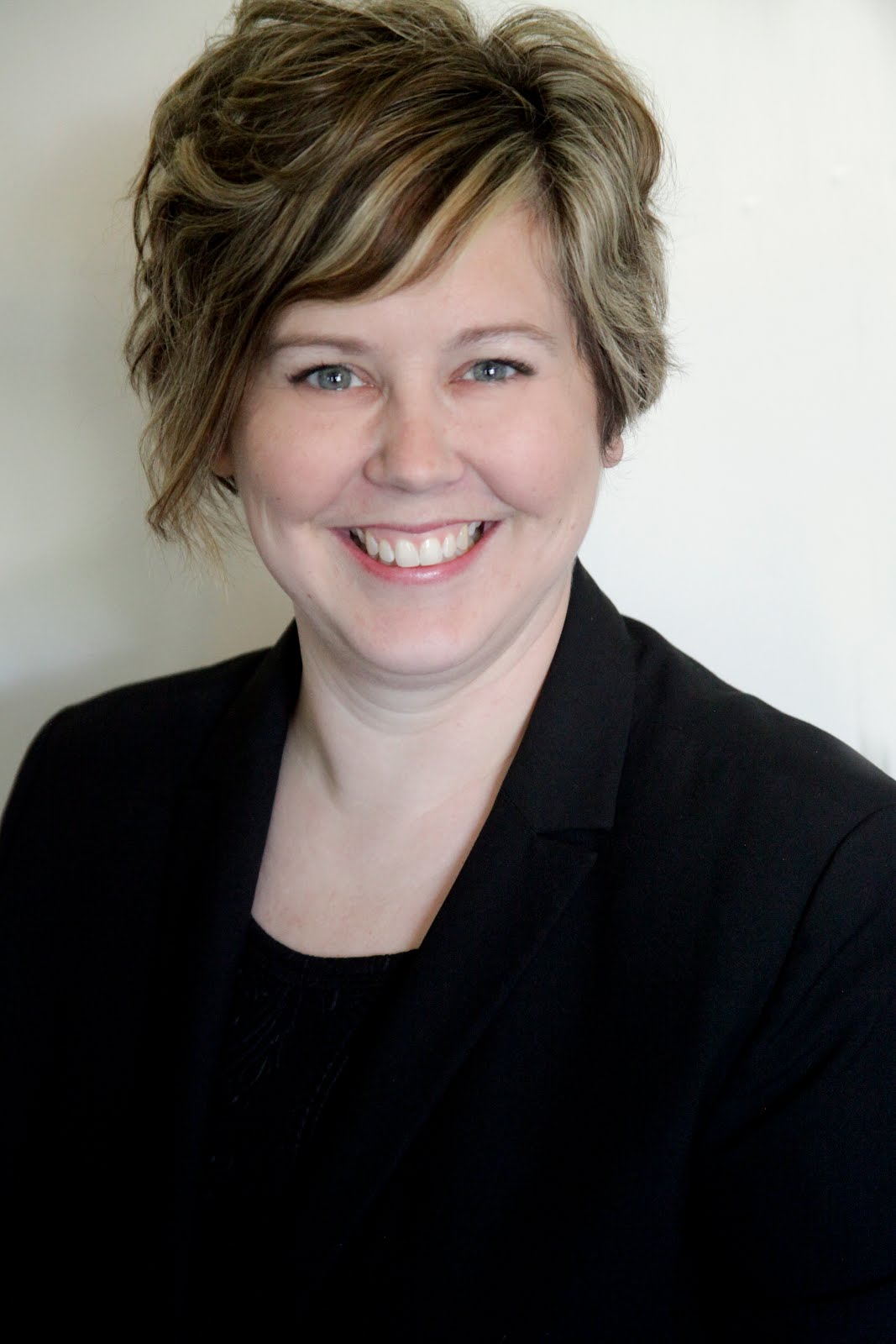 Avid crafter, Nail Art Lover, and Home Decor Addict
Interested in any of the products shown in my blog?
Would you like to learn more about my team?
Start your own business?
Contact me at:
taraangus@gmail.com